State of Utah CIO, Mike Hussey, announced the winners of the 2019 Best of Utah Awards at the Utah Digital Government Summit earlier this week. The Best of Utah awards honor emerging leaders and innovative projects in government IT that enable Utah to better meet constituent expectations for services and information, improve operating efficiency, and conserve tax dollars. The awards also provide an opportunity for state and local government in Utah to learn about IT leaders and projects that are changing the way government does business.

Congratulations to the winners.

As Legislative Fiscal Analyst for the State of Utah, Jonathan Ball leads a team of analysts and accountants to help the state legislature develop and approve the annual state budget. When Mr. Ball received the prestigious Steven D. Gold award from the National Conference of State Legislatures, NCSL Executive Director William Pound remarked, “He strives to bridge the worlds of academia and government so that citizens enjoy thoughtful, informed and practical laws and programs.” Under his direction, the fiscal analyst team has developed many useful tools for legislative members as well as for the public at large. One of those is the budget.utah.gov website. Budget.utah.gov provides concise and useful budget information that is very transparent and user friendly. Not only does the site provide for greater insights, but it also contributes to a digital environment that promotes better decision-making by ensuring that lawmakers have access to information and data that is complete, timely, and well organized. 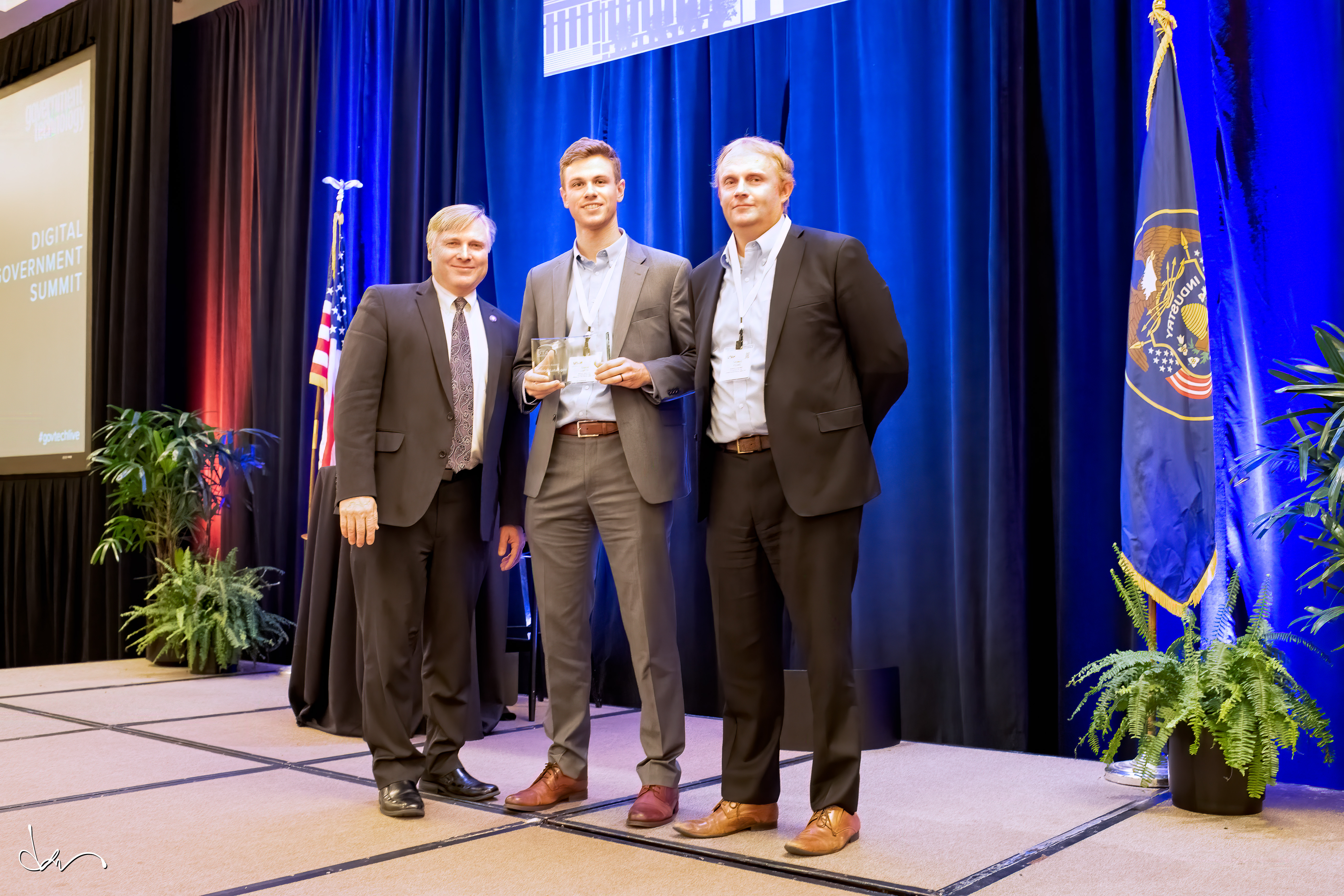 According to the World Justice Project, the United States ranks 94th out of 113 countries when it comes to the accessibility and affordability of our civil justice system. Online Dispute Resolution (ODR) aims to increase accessibility and affordability by bringing the courthouse to the litigants in small claims cases (cases with a value of $11,000 or less). Instead of requiring the parties in these cases to go to a physical courthouse to resolve their disputes, ODR gives parties the ability to discuss, negotiate, and settle their claims online.

ODR has dramatically increased efficiency in Justice Courts. The amount of time required for clerks to file small claims cases has been reduced by nearly seventy-five percent (from eight minutes to two minutes and twenty seconds per case). In light of the fact that Utahns filed 25,914 small claims cases in 2018, it is hard to overstate the impact of this efficiency gain on the judicial system. 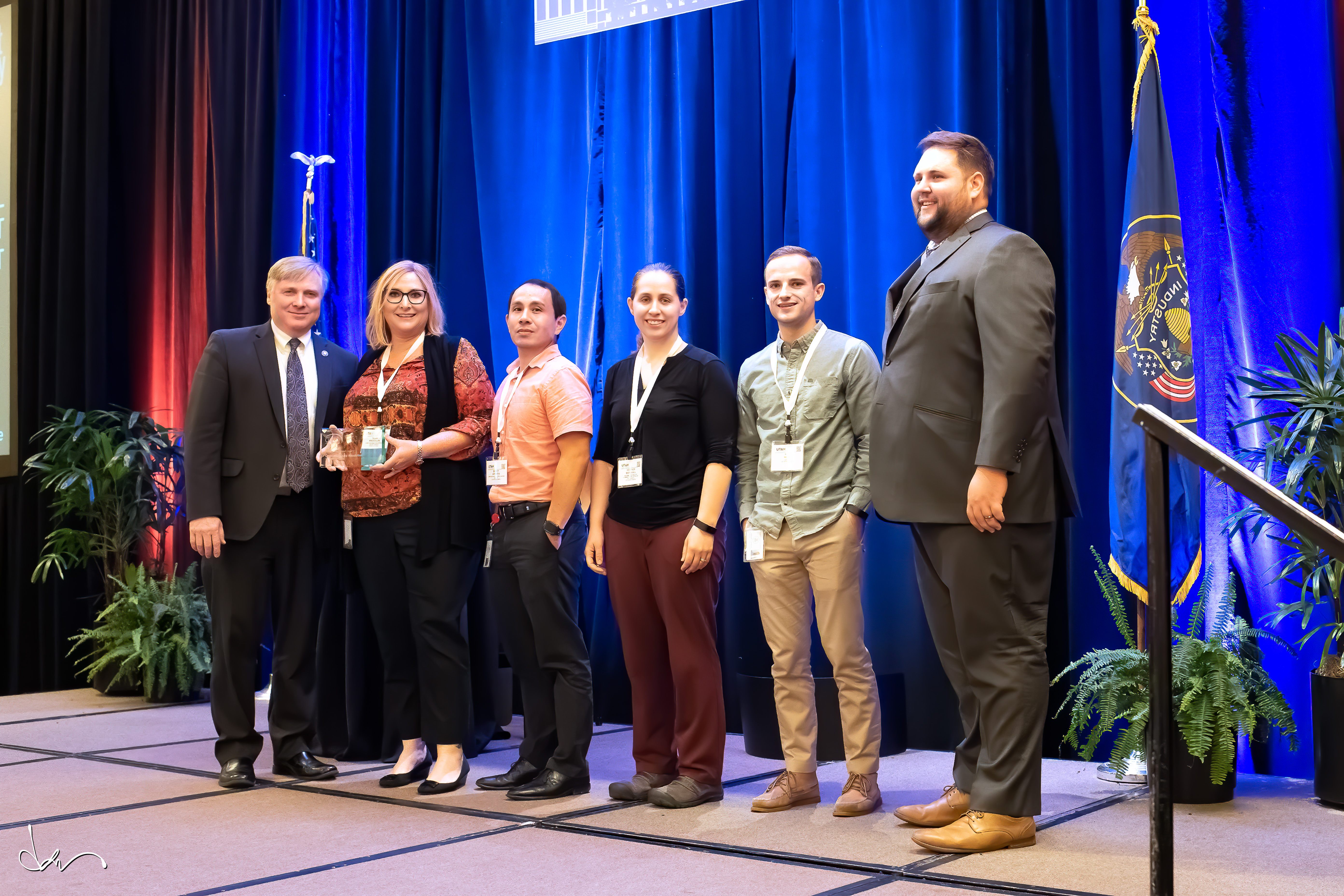 As head of network operations for the Utah Education and Telehealth Network (UETN), Troy Jessup is responsible for ensuring that the statewide public network is safe and operational for 1,113 public K-12 schools, eight colleges and universities, eight technical colleges, 135 public libraries and branches, and 70+ rural and critical access healthcare sites. To do this, he has led the development of dozens of tools and resources that help UETN deliver exceptional service to partners and empower other IT professionals to improve their operations and security.

Anticipating needs for a massive network like UETN’s calls for innovative thinking and resources that administrators of many local networks simply can’t access. Public education institutions in particular need to make do with limited resources, making efficiency and resource-sharing essential to their work. As Troy’s team builds software and scripts to address UETN’s operational and security needs, they seek ways to support the strength of partner systems. To date, they have publicly released, free of charge, twelve UETN-developed tools for security and network management. Every entity that has implemented these tools has saved money they would otherwise have spent on commercial solutions and avoided costs associated with the problems they address.

Additionally, Troy’s leadership has resulted in the development of a professional organization that improves efficiency and security through the people who administer them. Nearly twenty years ago, when many Utah school LANs didn’t even have firewalls, Troy launched a two-day summit to promote cybersecurity training for technical and network security professionals at partner organizations. Following the strong, positive response to this event, Troy was instrumental in establishing what is now the 501c organization UtahSAINT, which now has more than 500 members. 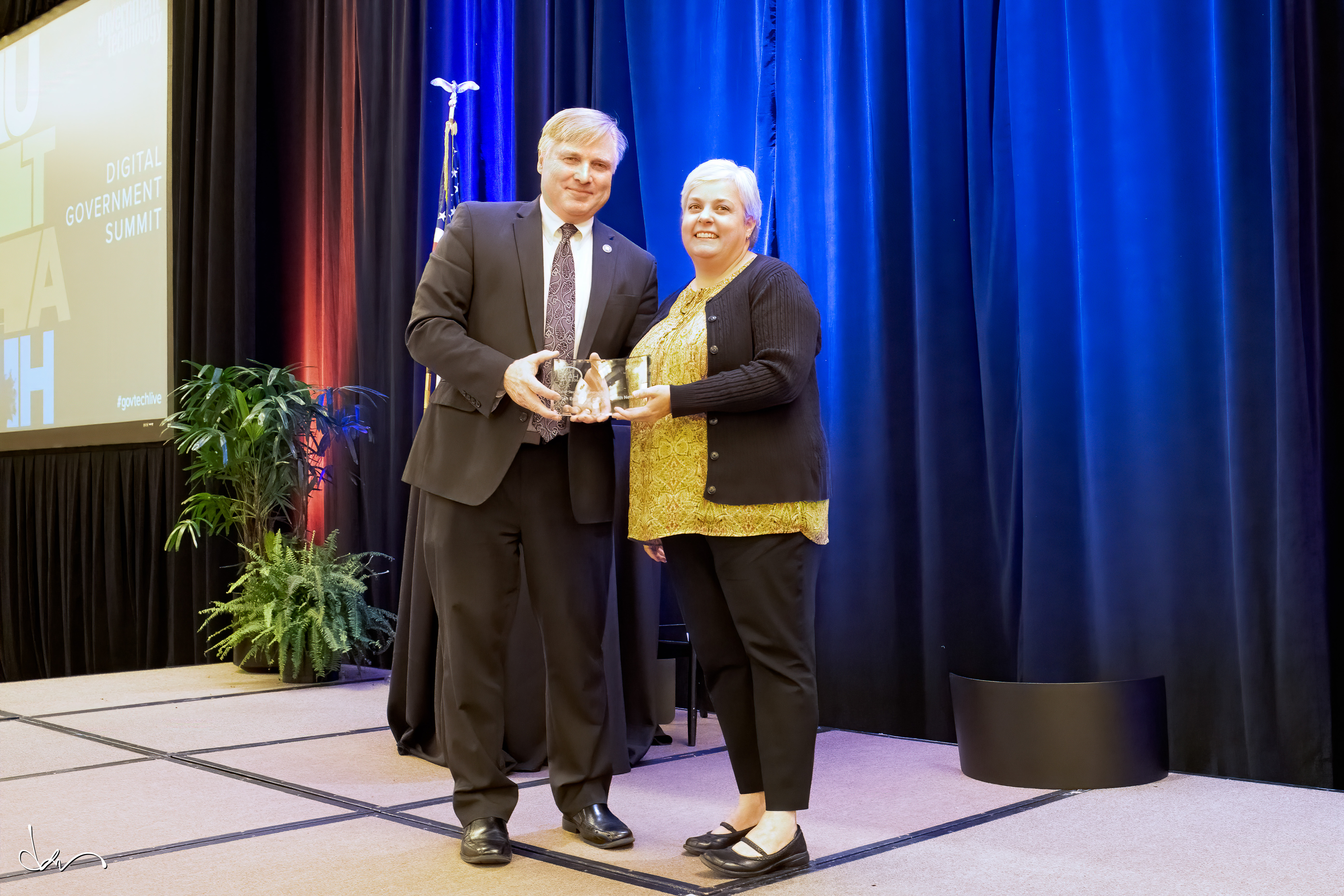 The Utah Data Research Center’s (UDRC) State Longitudinal Data System (SLDS) houses data from four departments in the State of Utah: the Utah Department of Workforce Services (wage record data), the Utah System of Higher Education (universities and colleges), the Utah System of Technical Colleges (technical schools), and the Utah State Board of Education (K12 education). An additional fifth department, the Utah Department of Health, will soon be releasing health data to UDRC as well.

UDRC is the only entity in Utah that has access to all of these datasets. These data are stored in a longitudinal fashion, which allows for the conducting of research on individuals through time for the purpose of informing public policy. Without the SLDS, this research would be significantly difficult to be completed, or in some cases impossible—requiring years’ worth of data to be curated and managed through time.

– Decreased the cost of rigorous research in the realm of public data, specifically in the pre-k through workforce realm.

– Completed the requirements of the federal SLDS grant in a successful manner.

With this new system, UDRC is currently developing its first original research on the effects of working while in college, and the economic return on investment of technical colleges. These research projects will be released in June 2019. It is also anticipated to launch a new external data request application this summer that allows external researchers to request access to UDRC’s data. 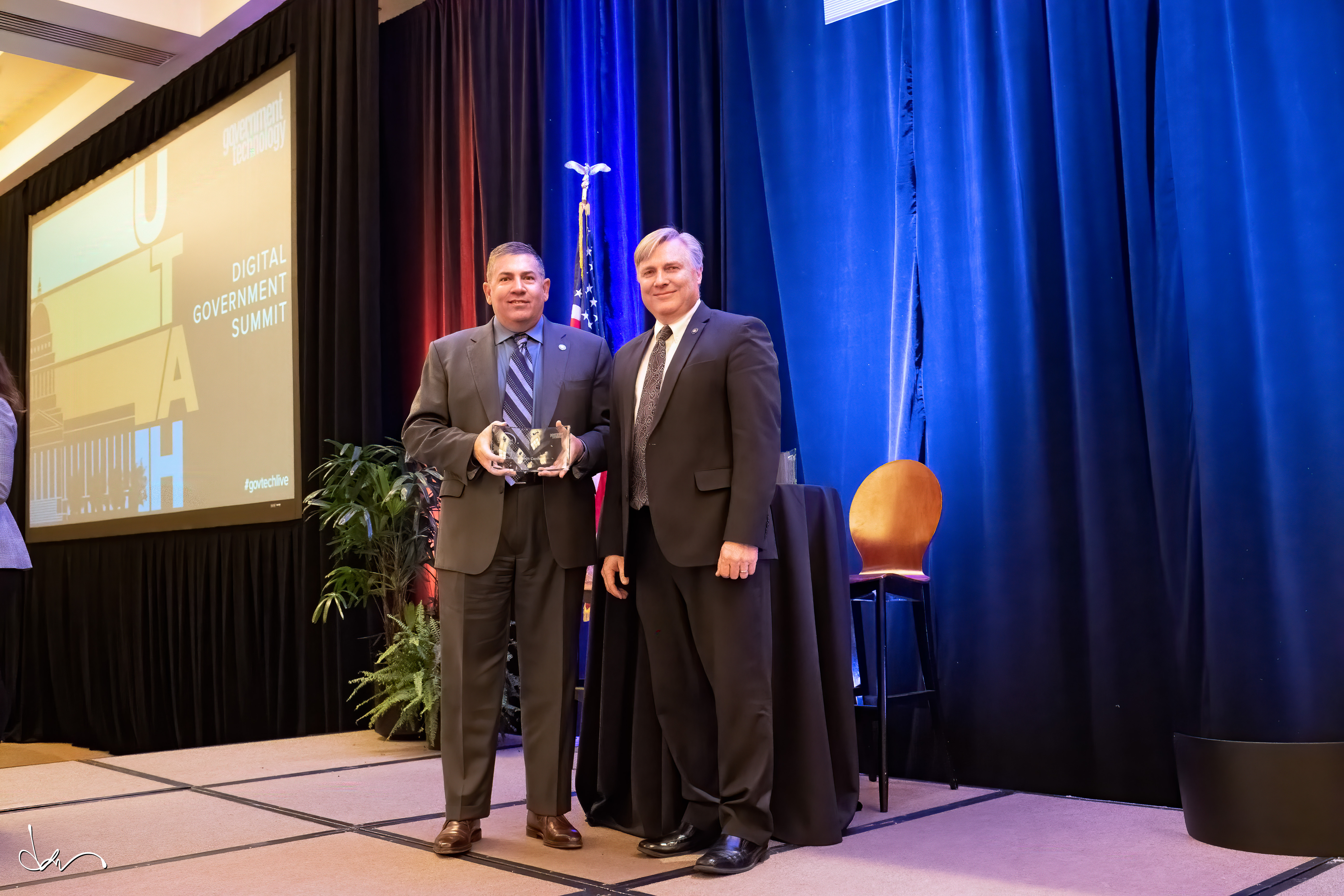 Best Use of GIS

As Utah’s population is expected to double in the coming decades, the risk of wildlife-human interactions also increases. A particularly dangerous, and costly, interaction occurs when airplanes collide with wildlife. The proximity of the Salt Lake International Airport to the Great Salt Lake, where pelicans reside for part of the year, results in intersecting flight paths of the birds and airplanes, and potential collisions that are fatal to birds and dangerous and costly to airplanes.

In recent years, the Utah Department of Natural Resources, Division of Wildlife Resources has used GIS and GPS technology to track pelicans to not only gain insight into species’ movements and ecology, but to also mitigate detrimental wildlife-human interactions. By fitting a representative sample of wildlife populations with GPS transmitters, their movements can be tracked in near-real time, and determined where collisions are likely to occur. Location data is shared with airport officials to form a partnership with wildlife managers to collectively strategize mitigation efforts.

Maps of pelican movement data show that the birds use common airplane flight paths, and knowledge of this information can be used to adjust take-off and landing routes at certain times to reduce the risk of collision. The statewide scale of real-time wildlife location data collection, analysis, and use is unprecedented and takes data-driven wildlife management decision making to a new level. 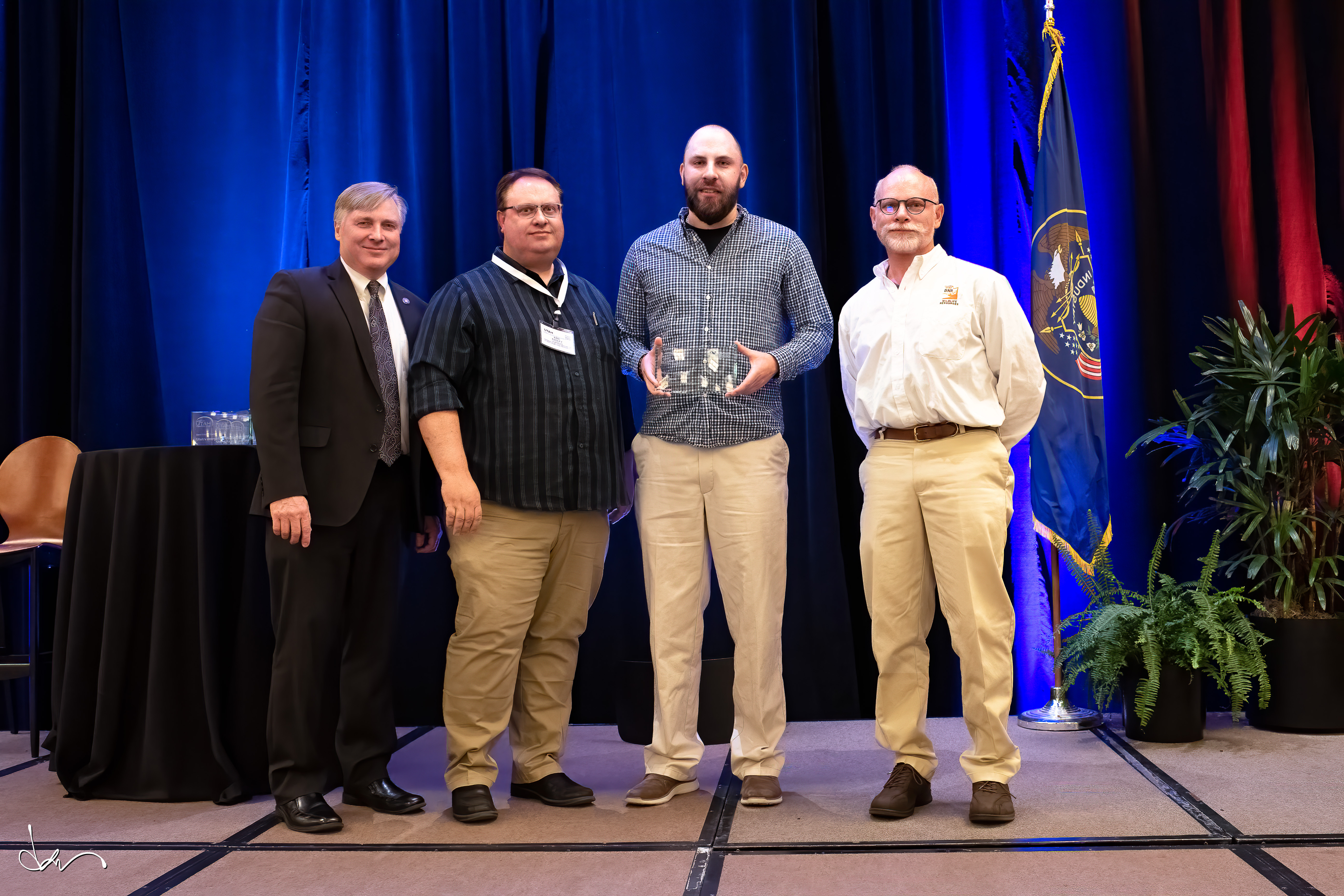 Best Use of Data

Since 2012, Utah has utilized research and data to embark on a strategic campaign to ensure that the state is the national leader in promoting the well-being of children experiencing intergenerational poverty.

The Intergenerational Poverty Initiative is a cross-agency collaborative effort involving the departments of Workforce Services, Human Services, Health, Board of Education, and Juvenile Courts.  A recent study from the Annie E. Casey Foundation credits Utah with doing more than any other state in the nation to reduce its child poverty rate since 2010. Sixteen percent of Utah kids were living below the federal poverty line then compared to 11 percent now.

In support of the initiative, Utah has created new websites, APIs, social media feeds, and integrated data systems. The IGP is exemplary for demonstrating how Utah agencies work together to find shared solutions to benefit the state and its people. 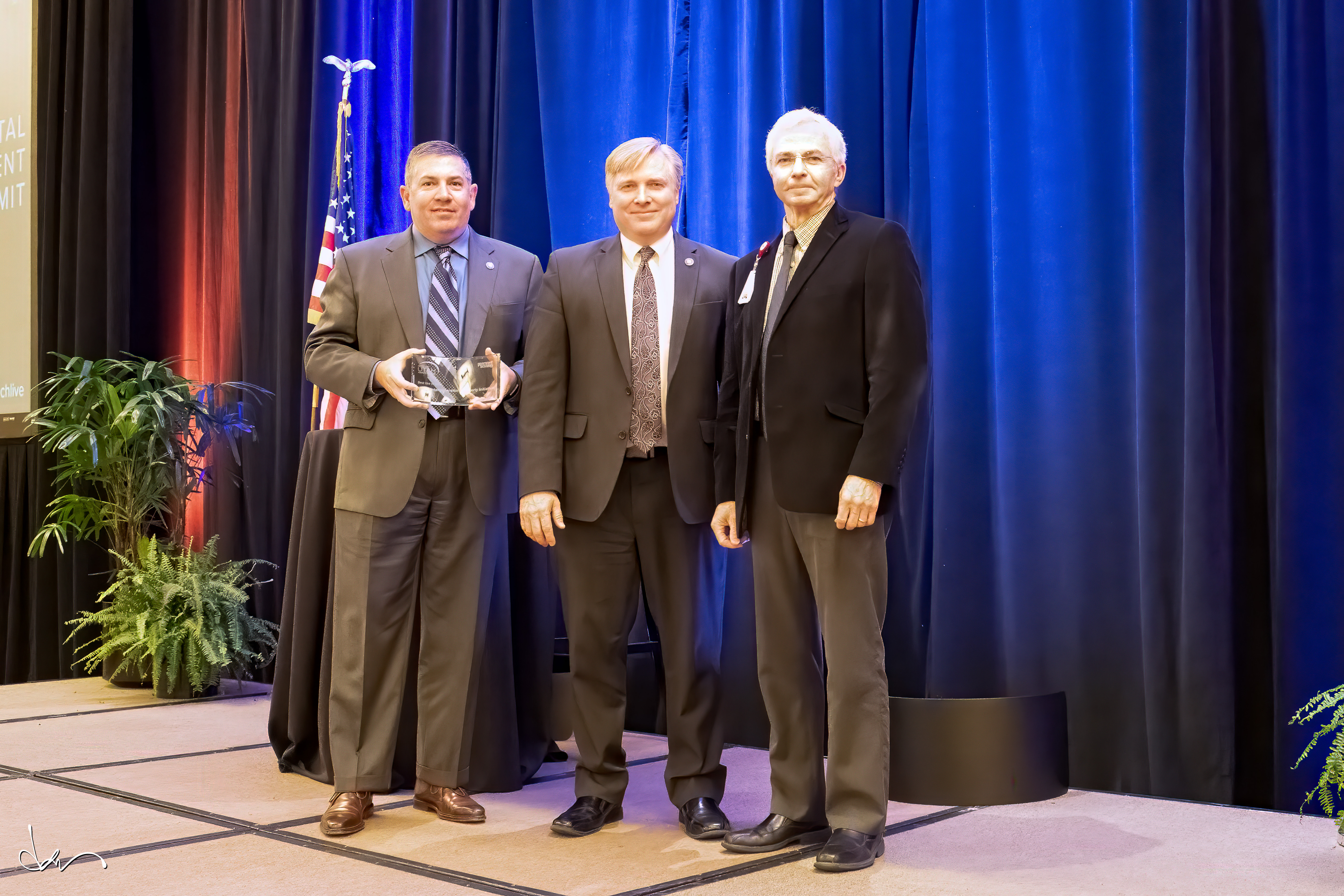