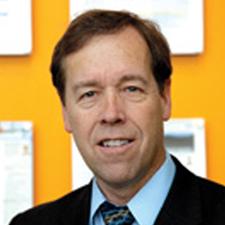 This particular project is part of Utah’s effort to use digital assistants to provide services and information for Utah citizens. In this case, we leverage the Google Drive platform to provide an interactive way to prepare for the Utah Driver License exam.

The targeted market for this innovation is typically 14- to-25-year-olds who are interested in getting their driver license for the first time, although there are others outside this targeted segment that are interested in the service as well. The Google Assistant is a voice interactive system that is available on most mobile devices as well as the new Google Home and Google Home Mini devices. Similar to the popular Amazon Alexa, Google Assistant interacts with the user through standard voice interactions. With this application, the user simply asks to take the Utah Driver License Practice Exam after which the Assistant will ask a series of questions resembling those that will be asked on the official Utah Driver examination.

It is a simple and fun way to prepare for the exam; 37,000 students are eligible to apply for new Driver Licenses each year in Utah.

The Google Assistant was unveiled during Google’s developer conference in May 2016, during the announcement of the Google Home smart speaker. Its forthcoming availability for Android and iOS users was announced in May 2017.

We believe that the Utah Driver License Exam is one of the first government applications available for this new, but increasingly popular platform.

Read about the 12 other leaders HERE