The Development team started this project for the Insurance Captive Division a little over two years ago. This past November the final two modules were completed, making it the first entirely Captive application system in the country. Throughout the project, the team listened to what the Captive group wanted to accomplish, then worked to design and create a fully integrated system that enhanced accountability and increased productivity of the division by replacing labor intensive processes that were cluttered with paper applications and forms. Now applications, documents and licensing can all be completed, submitted and managed electronically. This capability allowed the division to make additional changes to their workflow resulting in a 46% productivity increase using SUCCESS framework measuring tools. One challenge presented was how to include document submission containing sensitive information that was currently being provided by companies via post or standard email. Many agencies set up SFTP servers to handle this, but based on behaviors of the Captive customer base and additional ongoing costs the server would incur for Insurance, the team came up with another solution leveraging the existing environment and system in place. Beyond the Captive division, the team realized an opportunity to improve security and workflow by repurposing the File Upload module and integrating it throughout the rest of the Insurance Department-Utilization of these technological improvements created efficiencies for the Captive Division, significantly improved security for the entire Insurance Department and enhanced Utah’s competitive advantage over other states in the Captive arena. 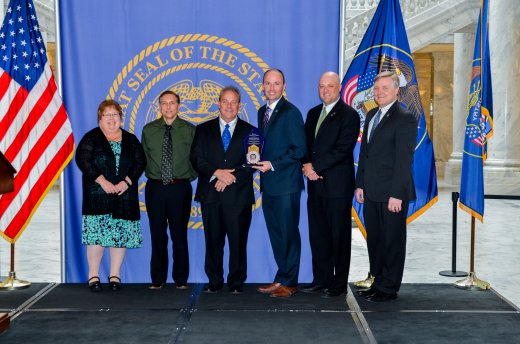